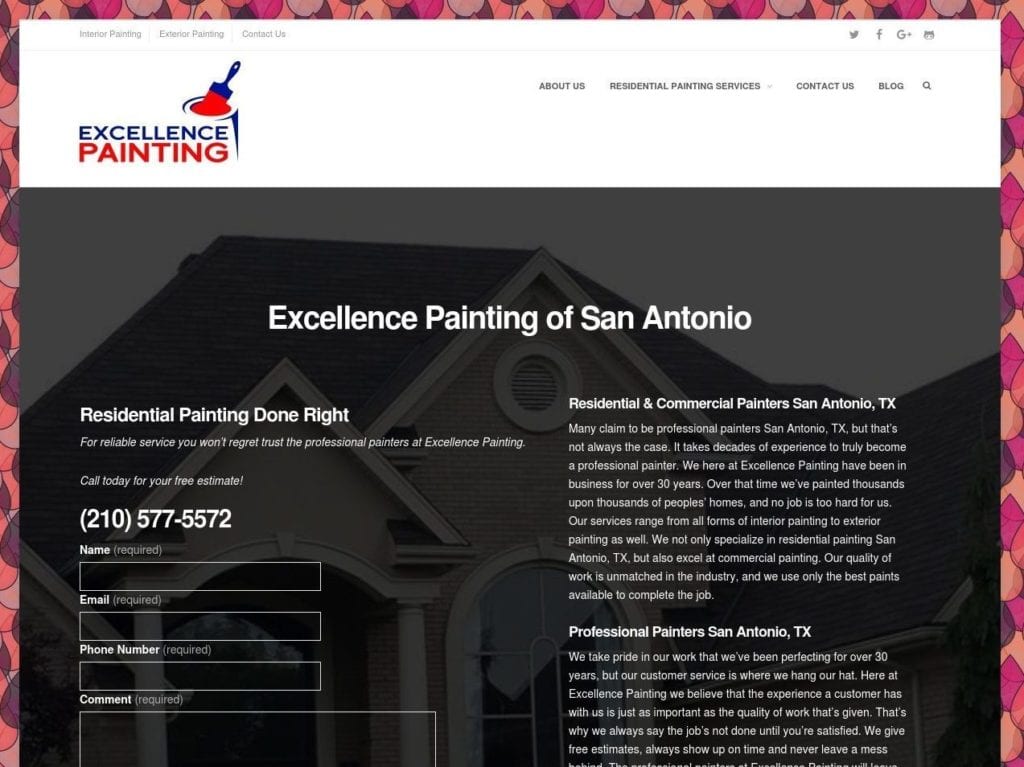 Starting in early 2016, Odd Duck started working with Excellence Painting to convert their website from a DIY platform to a WordPress design with better lead converting capability.

Right away, we took Excellence’s vision and created a look that was both creative and professional. The new site added several additional features to generate leads, as well as a fully mobile-responsive function.

The result: Excellence has seen their visibility increase exponentially and their leads nearly triple.