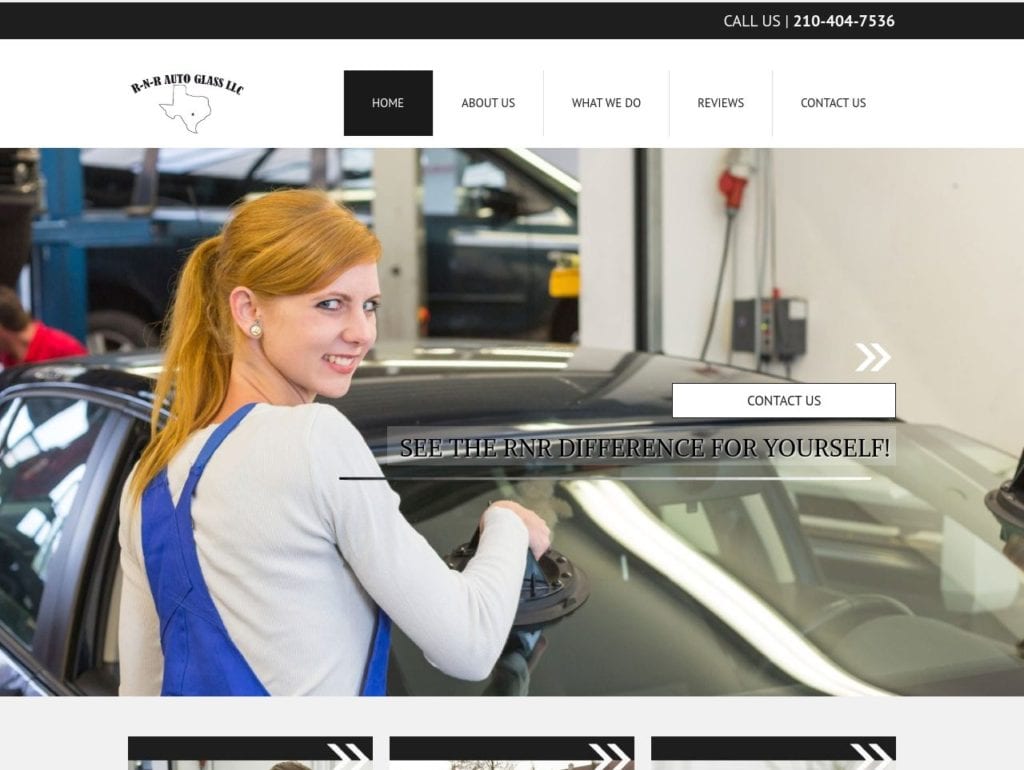 Odd Duck took over RNR Auto Glass’s campaign from another provider in early 2017. We started by building a beautiful, mobile-responsive WordPress website that portrayed their business with the the level of quality and professionalism they provide their customers. RNR’s owners were particularly proud of their online reputation with Google and Yelp, so we developed a sticky, scrolling rating button that shows their Google Reviews rating in real-time and updates as their reviews increase.

Next, we optimized their site for on-page SEO, while also building, claiming and updating their local directory listings.  These efforts not only helped with RNR’s presence in the organic section of Google, but the addition citations and directories also helped with driving up rankings in the local/map section.

Our team also revised the company’s PPC to include more targeted keywords, which resulted in a lower cost-per-click (CPC) and higher click through rate (CTR). By revising keywords and changing the bid strategies, we were able to focus specifically on the keywords that were generating conversions, rather than spending ad budget on clicks that did not turn into revenue.

After correcting some of the issues their campaign had already experienced, we expanded the reach of their online marketing by including Remarketing Ads for PPC and Automated Marketing to help increase reviews, referrals and client interaction. We also started a Social Media (primarily focused on Facebook and Instagram, but also including posts on Twitter, LinkedIn and even some content on the company YouTube channel) posting campaign that focused on delivering engaging content to their clients.

Within the first 90 days of their campaign, RNR Auto Glass had experienced the following successes:

Overall, our team couldn’t be more ecstatic about these results. We look forward to continuing to drive more and more revenue to RNR Auto Glass and are thrilled to see the growth that lies ahead of them.