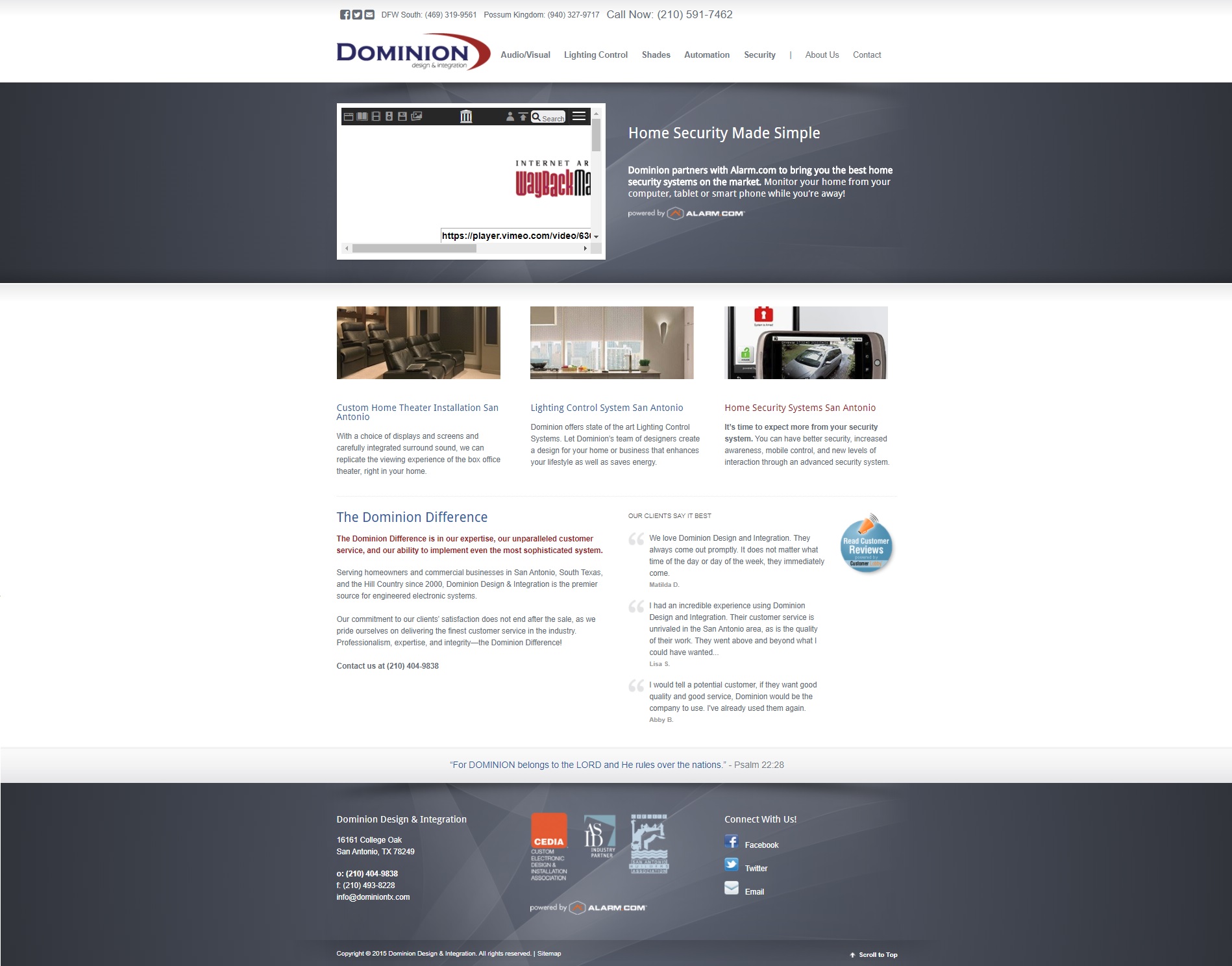 Dominion Design and Integration came to us late in 2017 after having been with two other marketing agencies in the past year. When we first started with Dominion, they had almost exclusively relied on Pay-Per-Click marketing to get their name out there, and were next to nowhere to be found in Google in the organic section, as they had essentially avoided any type of SEO. Their old website, while it was built out on WordPress, was clunky and cumbersome, and wouldn’t allow for much customization without massive amounts of coding. Every time we tried to change anything, the site would break because it was such an old theme and version of WordPress.

While we worked on fixing the baseline SEO standards (citations, schema, disavowing negative backlinks, etc.), we posted to the company’s social media accounts, created new boutique listings, and worked on an all new website design. They wanted a site that was modern, sleek and captured the high-quality of work they performed. They also needed it to showcase the wide variety of products and services they offered, and we wanted to make sure that it was solid from an aesthetic and optimization stand-point. Also, we absolutely needed to make it a very useful, navigable site that had plenty of conversion points throughout.

Once we completed the website, we launched into a complete overhaul of their on-page SEO. Most of the content creation was done during the website build out, but we also created keyword-specific landing pages that were not part of the site’s navigable menu. This helped get more traction in the variety of locations that Dominion serviced. This helped to ensure that there was enough content to match the geos they wanted to target, and really helped push this project over the top.

In just over 60 days since the new website launched live, we’ve been able to not only increase the keyword rankings for Dominion across the board, but we’ve also increased the number of contact form submissions by over 300%. Needless to say, this is a great project that we’re particularly proud of, and we’re looking forward to continued growth and success with Dominion. Another great success story for the Odd Duck team.