Why Google Updates Their Search Algorithm 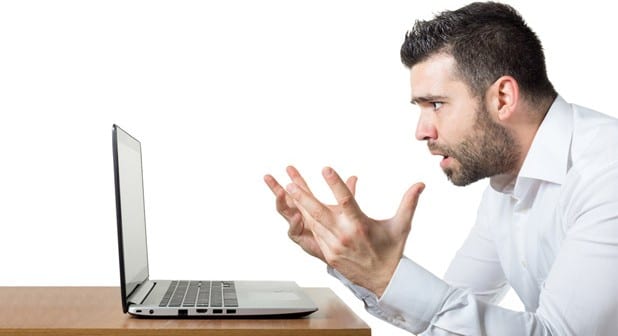 If you’ve spent any time at all around digital marketing firms or web gurus, you’ve probably heard them talk about the infamous Google Search algorithm. It’s at the center of the entire industry of Search Engine Optimization, and its complicated nature is the crux of pretty much every SEO sales pitch ever.

While the ever-changing algorithm does get a bad rap for being a sales ploy used by marketing guys, there is a lot of truth to its level of intricacy. Google is always tweaking with their secret sauce recipe in hopes of making it even more effective, even more user-friendly and even more dominant. Google has created one of the most ubiquitous businesses and services in the world, and they are ever mindful of not only maintaining that level, but also increasing it in any way possible.

That being said, why does Google tweak their approach so often? Wouldn’t it make the entire SEO process more simple, effective and useful if the rules and approaches they used to determine site rank were longer-lasting and straight-forward?

While yes, this would make the process of site optimization more streamlined and effective (and also less expensive for businesses, since they wouldn’t need to consistently pay SEO companies), it would serve to diminish their product, and possibly hurt their control of the market.

Think back to what life was like in the late ‘90s or early 2000s; the internet was a wild west free-for-all. You’d go to any number of search engines – of which there were dozens to choose from (your pick of Netscape, MSN, Yahoo, DogPile, AskJeeves, Lycos, Infoseek, WebCrawler, Excite, AltaVista… you name it and it was there) – and type in some sort of search query.

Chances are, once you hit submit, you had to search through dozens of pages of results to find what you were looking for. You might do a search for something innocuous, such as best enchilada recipes, and instead get pages and pages of random content that included everything from the Taco Bell Chihuahua and the Frito Bandito to the “Song of the Enchilada Man” by Dean Martin. Your search results were all sporadic and random and only vaguely relevant for what you actually wanted.

Such was life in those dark, pre-Google days.

Google’s approach was different, in that it didn’t care as much about quantity as it did quality. Google’s aim in those early days was to create a search engine that gave people what they wanted as quickly as possible. Rather than bombarding users with dozens of pages of information, Google wanted to provide a user-friendly search result that actually answered the user’s question as directly and quickly as possible.

Fast forward to 2018, and it’s easy to see that Google was exceedingly successful in their endeavor. When was the last time that you had to look past the first page of search results to find what you were looking for? In fact, when was the last time that Google didn’t give you a great result within the first two or three links? If you’re like most people, it’s probably been a while. Google has become the most used search engine because it’s the most effective search engine, and people like that. Nobody has time to waste browsing through random crap on the internet… and if they do, they go to Reddit, Facebook or Buzzfeed.

This is why Google constantly tweaks their search algorithm. They always want to constantly be improving, moving forward, and increasing the effectiveness of their product. Sure, they could rest on their laurels, but as they’ve set a template for how to be successful in the world of search engines, their competition (mainly Yahoo and Bing) have tried to follow suit. To be fair, the remaining major search engines have all improved as they’ve seen a successful model laid out before them. Therefore, Google can’t grow complacent, or they risk losing their position as the king of the hill.

Due to all of these factors, Google’s algorithm is an ever-evolving, ever-changing and ever-growing organism. As such, your SEO strategy needs to be the same. Working with an internet marketing firm on a recurring monthly basis (*cough* like one that has been rated one of the best in San Antonio by multiple sources, such as Odd Duck Media *cough*) may not necessarily be the ideal way you want to spend your business’ money, but in the end, it’s the best way to ensure that you keep your online visibility and stay relevant to your customers.

Let our team of Odd Ducks help with your website’s SEO, pay-per-click advertising, social media, web design and more. Contact us today for a free consultation!