The Pros and Cons of Advertising on Third-Party Sites 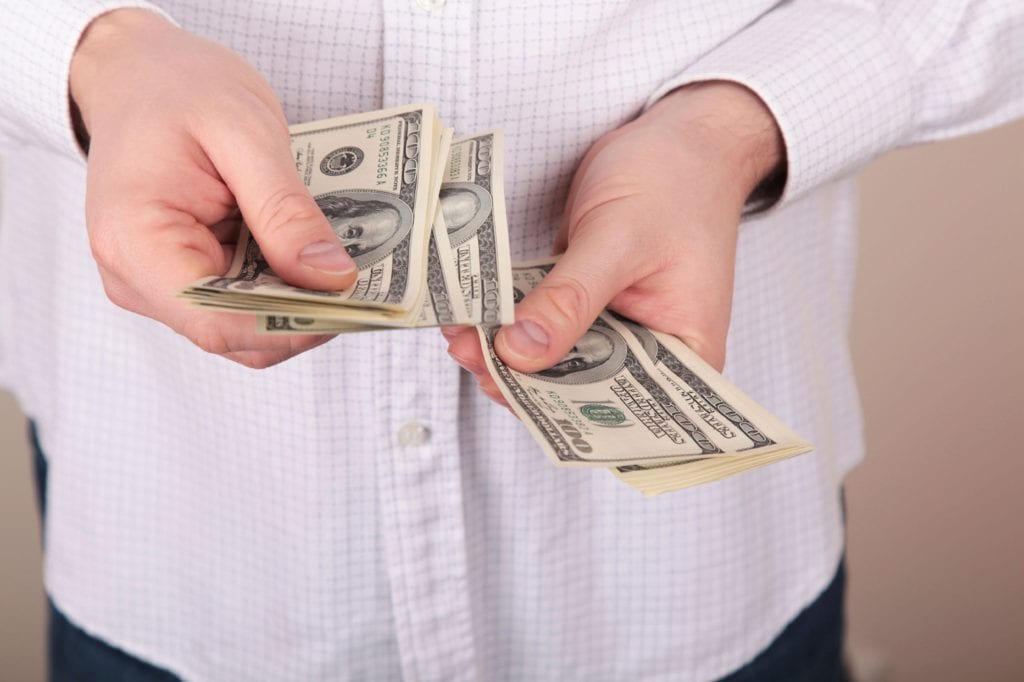 Posted at 18:36h in Business, Marketing Tips by Billy Crawford

If you’ve been in busy for any amount of time at all, you’ve probably gotten countless phone calls from marketing sites asking you to upgrade your listing or run paid advertisements on their platform. It seems like no matter what type of business you are, these third-party sites are hungry for your business and are relentless in their pursuit of your advertising dollars. Ironically enough, we at Odd Duck get calls from them all the time, too, even though we’re essentially doing the same thing, just in a more organic manner.

While the sales calls may be annoying, there are some definitive pros and cons of advertising on third-party sites, such as Yelp, Houzz, Angie’s List, HealthGrades, Avvo, TripAdvisor, and the like. In this blog post, we’ll look at the benefits and drawbacks of this type of advertising (speaking in general terms) and help you to evaluate whether it’s a good investment for your business.

Before we get too far down the rabbit hole, though, I think it’s important to note that for the purpose of this post, we’re not talking about the “free” or “standard” business listing that you can often set up with these sites. Those are almost exclusively beneficial, don’t cost anything out-of-pocket, and should absolutely be utilized. In this article, we’re covering only the premium, paid listings or the paid advertisements within their website.

For all the disparaging things you’ve probably heard about these third-party platforms, there actually are some valid benefits that come from using them. First off, due to the sheer breadth of these websites and the magnitude of their content, they almost always rank high in search results. As such, they DO get traffic to their website when customers are looking for services. As such, having your listing showing up higher within their aggregated lists will, in turn, help you get more visibility and potentially more customers. It works, essentially, the same way that AdWords on Google works – the businesses who are paying for the premium listings or ads are shown first in results, and are more likely to get at least an opportunity with the clients searching for that service. 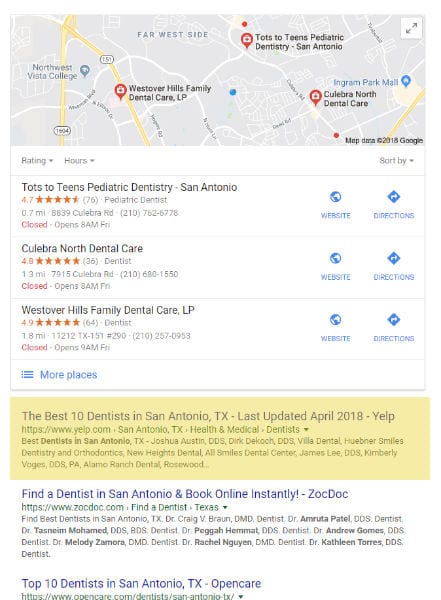 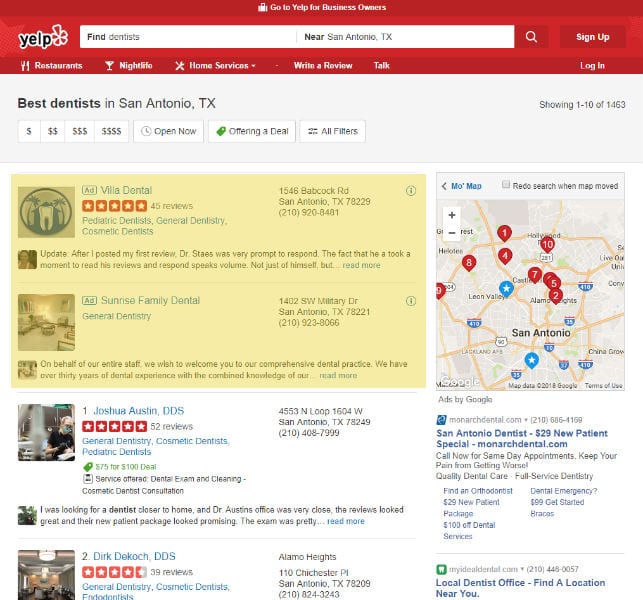 Simply speaking, if your objective is to get as many eyeballs on your business as possible, then it’s always a good idea to invest in methods that help you do so. Spending money on sites like these will help you get more visibility. However, the next section offers the counter-point.

One of the biggest drawbacks to spending money on these types of sites is the return-on-investment. Again, this is speaking generally, as there are some businesses that absolutely kill it on third party aggregated sites, and this type of advertising makes terrific sense for them. However, for the majority of businesses, the pay-off simply isn’t there. Sure, your business may get an additional 2,500 monthly views, but a lot of businesses have a hard time making the correlation between those increased views and increased profit. If you’re going to spend money with one of these sites, my personal recommendation would be to invest in a site that you have personally used as a customer – and have purchased a service from. For example, if you’ve looked up businesses on Angie’s List and made a purchase from what you found there, then perhaps that’s the best option for you. On the other hand, if you’re in an industry where customers don’t often look at these third party sites, and you haven’t personally benefited from it as a customer, it’s probably not the right match for you.

One of the big perks with just about all these third-party sites is the benefit of having additional features and additions to your business profile once you’re an active advertiser with them. For example, if you are a paid customer on a site like Yelp (and we’re not picking on Yelp, it’s just the most ubiquitous of the third-party sites, so it’s a good barometer of the general concepts we’re talking about), your profile gets added perks and benefits, such as additional “call to action” features, easier methods of converting viewers into customers, and the removal of competitors ads. Check out the two examples below. The business the left is a standard listing, and has several competitors ads featured on it. The business on the right, however, is a paid advertiser and has two unique call-to-action portals, and no competitor ads. 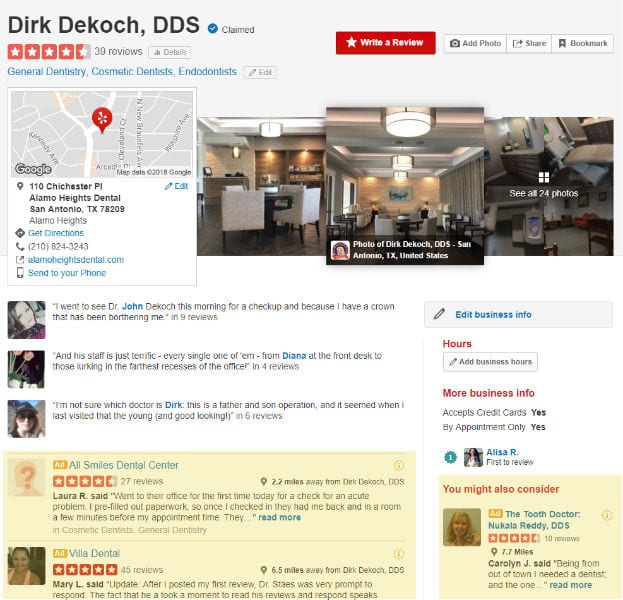 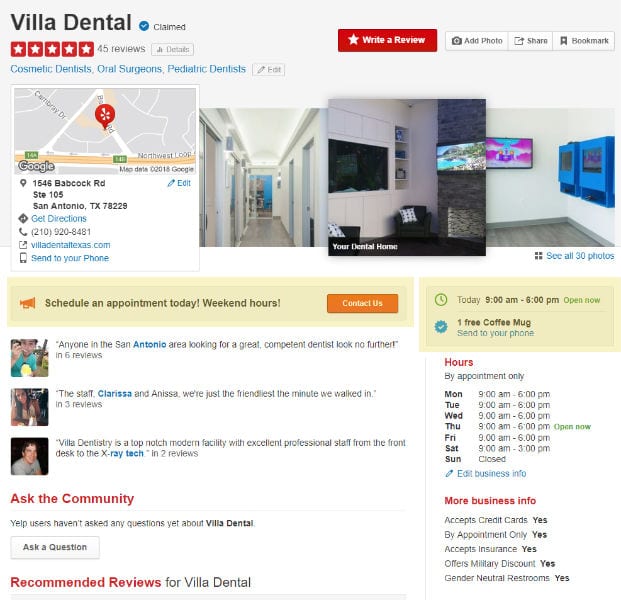 Reporting and data are a huge part of determining whether you’re getting the best bang for your buck when you’re talking about advertising. While the reliability of reporting has universally been consisted dubious, at best, the third-party sites make it even more difficult to have complete faith. The reason isn’t necessarily that they’re malicious, devious platforms. It’s that all the reporting and data is held within their own, private servers and recorded by their own, privately owned reporting software tools. It’s sort of like John Mayer said, “when they own the information, they can bend it all they want.” And, let’s face it, there’s a built-in incentive to imply that your marketing is working better than it actually is. Happy customers keep spending money, and that money is what keeps their business afloat.

Again, not saying that the data is maliciously manipulated, but when you can’t see behind the curtain, you’re stuck relying on the credibility of a company that has a vested interest in keeping you happy, even if that’s not the reality of the situation.

I considered making this part of the article a “bad” section, but I think that if a business owner is smart about how they take advantage of this feature, it can actually be a benefit. Also, I have to throw a disclaimer out here; none of what I’m about to share with you has ever definitely been proven, although it’s been widely rumored (and generally believed) that it’s accurate. So, there. Consider yourself warned.

There’s a long-standing belief that once a business becomes a paid advertiser with a third-party site, the reviews for that listed business suddenly appear to be overall more positive. That’s not to say that the third-party sites create new positive reviews, per se, as much as they may push negative reviews further down the page so they’re more difficult to spot, or move the most positive reviews to the top of their business listing. Now, if you ask any of these sites, they’ll all deny that they do this. However, there have been several examples published online, and even a few lawsuits and court rulings that you can look up if you’re interested. The purpose of this article is not to debate the business practices of any of these sites. That’s for another conversation, entirely.

The reason I labeled this section as a “good” is because a smart business owner who gets a relatively high amount of traffic from these types of sites could benefit from improving their online reputation and pushing some of the less-than-stellar reviews out of the public’s eye. The drawback, however, is that many customers feel like this is akin to getting into bed with the mafia. Once you start, you can’t really stop, because the progress you’ve made will go away once you stop paying for the advertising service.

Perhaps the biggest reason to discourage the use of these types of advertising sites is the cost and contract. For the most part, advertising with these sites will cost you anywhere from $500 – $1,000/mo, and potentially significantly more, depending on your industry, your aggressiveness, and how you set up your campaign. There are some bargain values to be found, but they’re generally not the first, second, third, or even sixteenth option that your sales rep will offer you. For the cost of these ads, you could probably get a fair bit more return off of a campaign on Google AdWords, or even an SEO or Social Media campaign. The cost-benefit analysis is key, here, and has historically not worked out well for the businesses who do sign on.

In addition to the monthly cost, most of the advertisers require a business to sign up for a 12-month commitment. There are some shorter options, depending on the specific platform you’re on, but generally, you’re locked in to a high-cost contract, without much recourse in the event that it doesn’t work out as well as you’d hoped. That’s where most the business owners who have complaints with these types of sites get their ire; they feel like they got locked into an expensive marketing platform, and then when it failed to meet their expectations, they had no option other than to grin and bear it.

Generally speaking, my personally recommendation would be to avoid spending money on third-party sites unless it’s a perfectly curated option for your business and makes a positive ROI. Even then, I would suggest going into the agreement with the understanding that you’re basically putting that money up for gamble, so you should be okay with the possibility of losing it and seeing very minimal return.

I think that if your expectations are set correctly, there are some valuable perks to starting a campaign with a third-party advertising site. However, the better bang for your buck, in my personal opinion, would be to invest that money in additional direct-to-search features, such as SEO and Pay-Per-Click. You can stretch your budget much further, and also cut out the middle-man of the equation by getting to your clients before they even open a site with an aggregated list of businesses.